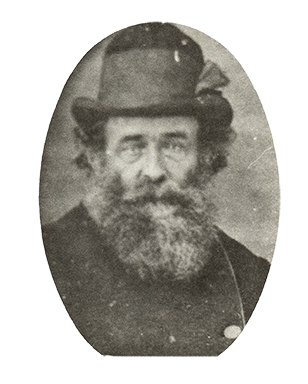 Daniel Herring, a sixth generation American, was from a long line of Virginia colonists. His maternal ancestors arrived in James City County in 1623, and his paternal antecedents were in Lower Norfolk County in 1642.  Daniel was born March 4, 1812 in North Carolina   He married his first wife Mary “Polly” Deck Herring on  Dec 23, 1833 in Madison Illinois. Daniel and Mary arrived in Texas on December 24, 1848 with their 4 children Anna, Sarah, John W,  and Rachael.  The Herrings were given 640 acres of land in the Peter’s Colony holdings in Collin and Dallas County. William Sachse and Daniel Herring were land grant holding neighbors. William Sachse’s land grant joined Daniel Herring’s grant at the southwest corner at a particular hackberry tree.  By the 1850 census Daniel and Mary added two more children William Edmund and Joshua Lawrence and were living in Collin County. Daniel chose the highest point of his land holdings to build his home. The current location of this property is in Murphy about the 100 block of Sunset Drive in Skyline acres. He first built a log home and then in 1862 a large two story frame home that stood until the 1930’s. In 1858 Mary Deck Herring passed away at the age of 39.  Mary had given birth to 10 children, only one died as a infant. She is buried at the Maxwell Decatur Cemetery which is tucked away off of Murphy Road behind Tom Kimbrough Stadium and Murphy Middle School. Daniel remarried on November 11, 1858 to Elizabeth  “Eliza” Newman Herring. Together they had nine more children: Zaleda (often seen as Soledy, Irleda, Sallie or just Belle in records), James “Henry”, Susan “Susie”, Fanny (died), Dora Anna, Thomas Benton, Guy (died), Mary,  and Nancy. In total  Daniel Herring fathered 19 children, 17 of them living into adulthood.

Daniel Herring died October 20, 1882.  He had been known as a local horticulturist. Daniel had his own private vineyard and wine press, variegated apple trees and was one of the only tobacco producers in the Collin-Dallas county area.  Daniel Herring is buried in the Herring-Hogge Cemetery for which he donated the land for in the 1870’s.  Eliza Herring went on to marry LD Emberton on January 1, 1887.  She is listed as living with her daughter Sallie (Zaleda) Carr in the 1920 census and then with two of her other children in the 1930 census. She was buried next to Daniel after she passed away in 1935.  Five of Daniel Herrings descendants married five of William Sachse descendants intertwining the two families together and in the collective histories of Sachse and Murphy. Most of the children stayed in the North Texas area with Joshua, Martha, Sarah Jane(Sallie), James and Zadela within Dallas and Collin County.